Alan Bevan captured “Boney V”, the newly coined term for the 5th annual Boney Music Memorial Invitational Piping Competition and Recital, held in the Anderson Room of the historic Seaforth Armoury, the home of many BC Pipers’ Association competitions decades ago. 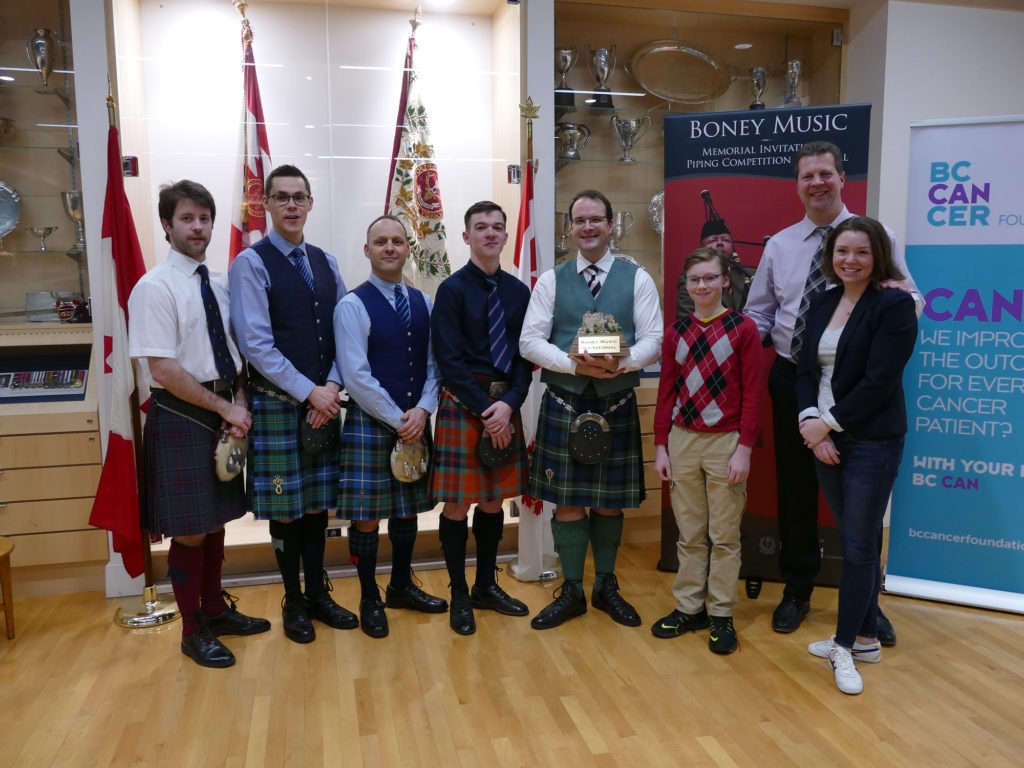 The event raised over $2,800 for brain cancer research for the British Columbia Cancer Foundation, over $500 of which was donated from viewers watching the event online on the BC Pipers’ Association’s (BCPA) Facebook page.

The BC Pipers’ Association continued the event that BCPA Life Member Andrew Bonar began in 2016 to utilize piping to further advance charitable causes. A standing room crowd of over 100 people attended the event and a peak of 72 people watched online, the third year the event was livestreamed.

The players Jori Chisholm, Gordon Conn, Alan Bevan, Zephan Knichel, and Alastair Lee put on significantly entertaining performances. James Beaumont was unable to attend due to road conditions in the BC Interior. Jeanette Bonar and daughter Kate were at the highland dancing competition at the Queen Mary ScotsFestival in Los Angeles and watched the event on the livestream. 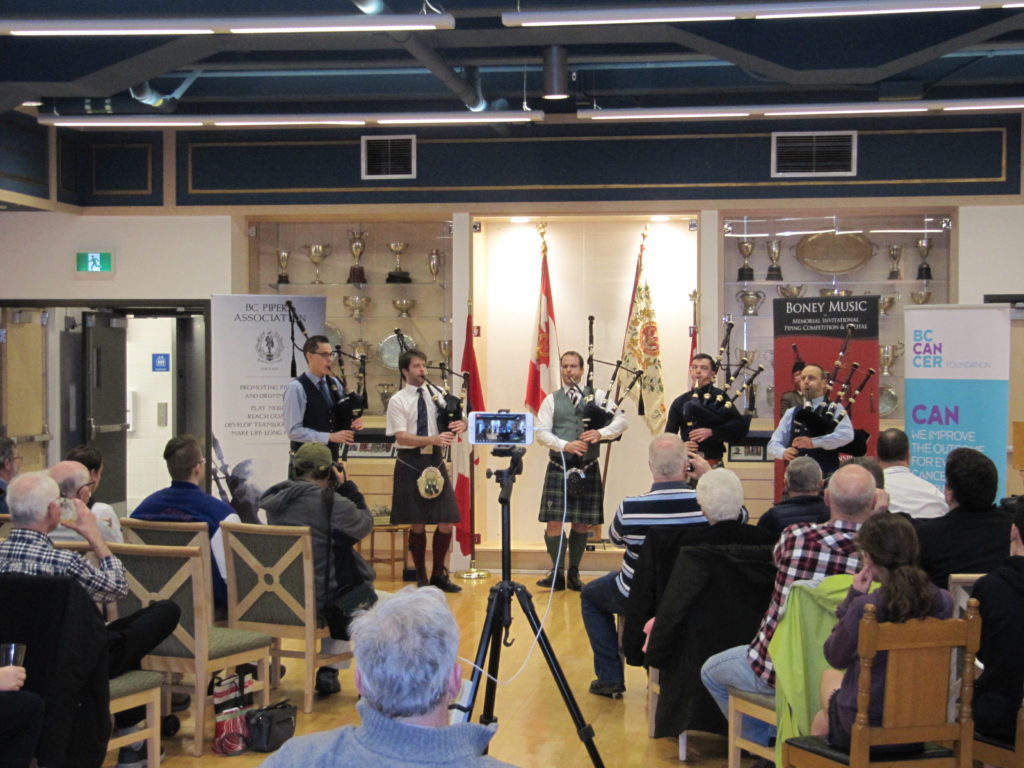 The adjudicators were unknown to the audience.

Terry Lee, handled the Master of Ceremonies duties and Nurse Practitioner Rosemary Cashman of the BC Cancer Neuro-oncology Team and a nurse who cared for Andrew Bonar during his treatment spoke on the challenges in treatment advances for brain cancer and how donations support important research and therapy.

BCPA Board of Director member Jessica Reid handled the event preparations and donations aspects of the event, BCPA Chief Steward Lynn Bullis handled the competition side, and Mike Chisholm and Rob MacNeil handled the livestream and its online chat.

Photos from the event are in the BCPA Photo Gallery
https://archive.bcpipers.org/photo-albums/

Donations to the Boney Music Memorial Fund, which helps support the event and other causes that were dear to Andrew, can be made here
https://archive.bcpipers.org/services/donations/