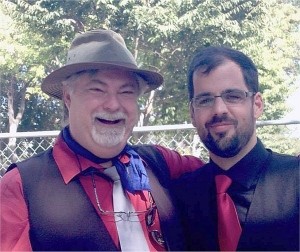 After a long and successful career, Pipe Major Graham Davidson of the Greighlan Crossing Pipe Band has retired, 14 years after founding the band. This past Labour Day weekend in Pleasanton, California, Graham passed the band to the newly appointed Pipe Major Myles Wilcott.

Myles began piping as a child in Pine Falls, Manitoba originally taking lessons from Pipe Major William J. MacLeod. In his teen years, he joined the Lord Selkirk Boy Scout Pipe Band and benefited from further instruction with Pipe Major Robert Fraser, eventually becoming Pipe Major of the Boys’ band and leading them to Scotland for the World Pipe Band Championships in 2000.

Myles moved to Vancouver in 2001 to attend SFU to complete a Business degree, and joined the Robert Malcolm Memorial II Pipe Band and went on to win the Grade 2 World Championships with them in 2006. While attending SFU, he volunteered teaching the Robert Malcolm Memorial IV and V Pipe Bands and also spent some time teaching with the White Spot Pipe Band. From 2007 to 2011, Myles played with the Dowco Triumph Street Pipe Band during which time they placed in the top ten in the world on numerous occasions. For the past five years, he has been an instructor and player with the Irish Pipers’ Band of San Francisco and assisted with their grade five, four and two bands.

Both Myles and the Greighlan Crossing Pipe Band are extremely excited for the upcoming season, in which they will continue to compete at most highland games in the Pacific Northwest.