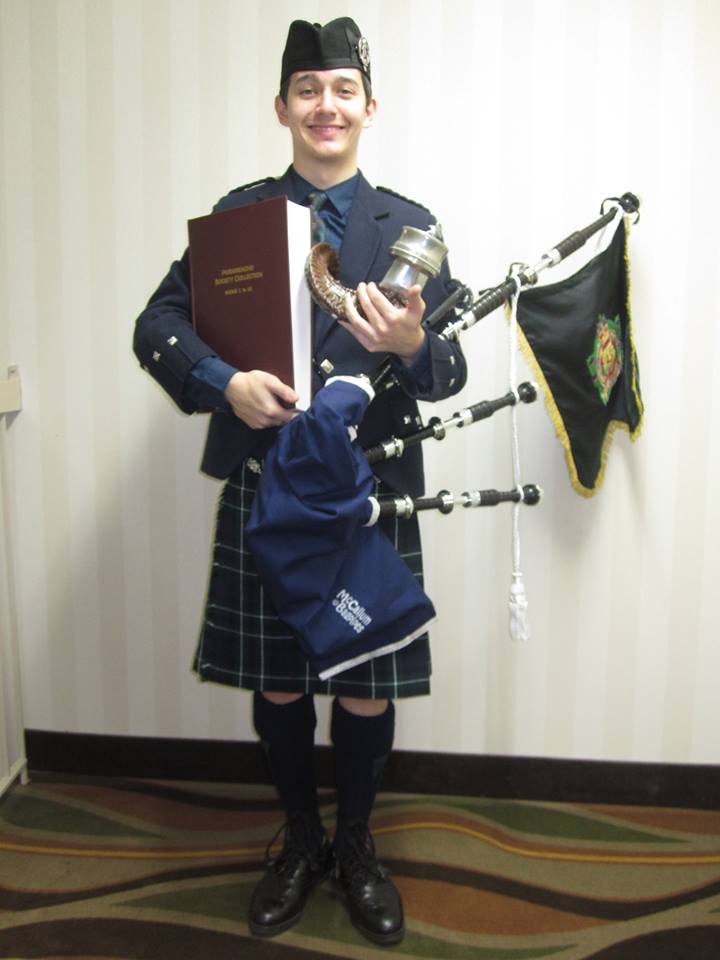 Aaron Stone of Sedro-Woolley, Washington won the overall title at the 2013 George Sherriff Amateur Invitational Memorial Solo Piping Competition, held at St. Paul’s Presbyterian Church in downtown Hamilton, Ontario on November 17, 2013. Aaron won the Piobaireachd contest with The Park Piobaireachd #2, as well as the March, Strathspey & Reel contest with “The Duke of Roxburgh’s Farewell to the Blackmount Forest,” “The Top of Craigvenow,” and “The Sheepwife”.  Aaron also placed 3rd in the 6/8 march contest with  “The MacNeills of Ugadale” and “Ellenorr.”

Organized by a special committee with the Pipers & Pipe Band Society of Ontario, the eighteenth annual edition of the competition put together 10 of the year’s most successful amateur solo pipers from around North America. Congratulations also to Liam Hilder, 5th in the Piobaireachd and 4th in the MSR and to Nick Theriault, 5th in the 6/8 Marches.

See more on Pipes|Drums and videos of the event.