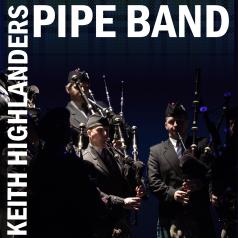 The Keith Highlanders Pipe Band returns to the Kirkland Performance Center, celebrating their 14th year at KPC!  Road to Scotland

Enjoy the best of traditional Scottish piping, drumming, fiddling and Highland dancing from the most successful pipe band in the Puget Sound area. A complete sellout at last year’s three concert so be sure to get your tickets today!

Formed in 1952, the Keith Highlanders have a long history serving the Seattle community.  As the official pipe band of the Clan Keith (a rare designation outside Scotland), the band has performed internationally and throughout the Norwest, including placing third at the World Pipe Band Championships in 2008 in Glasgow, Scotland.  The band plans to return to Scotland and compete in the 2014 championships. Read more in MakingMusicMag here