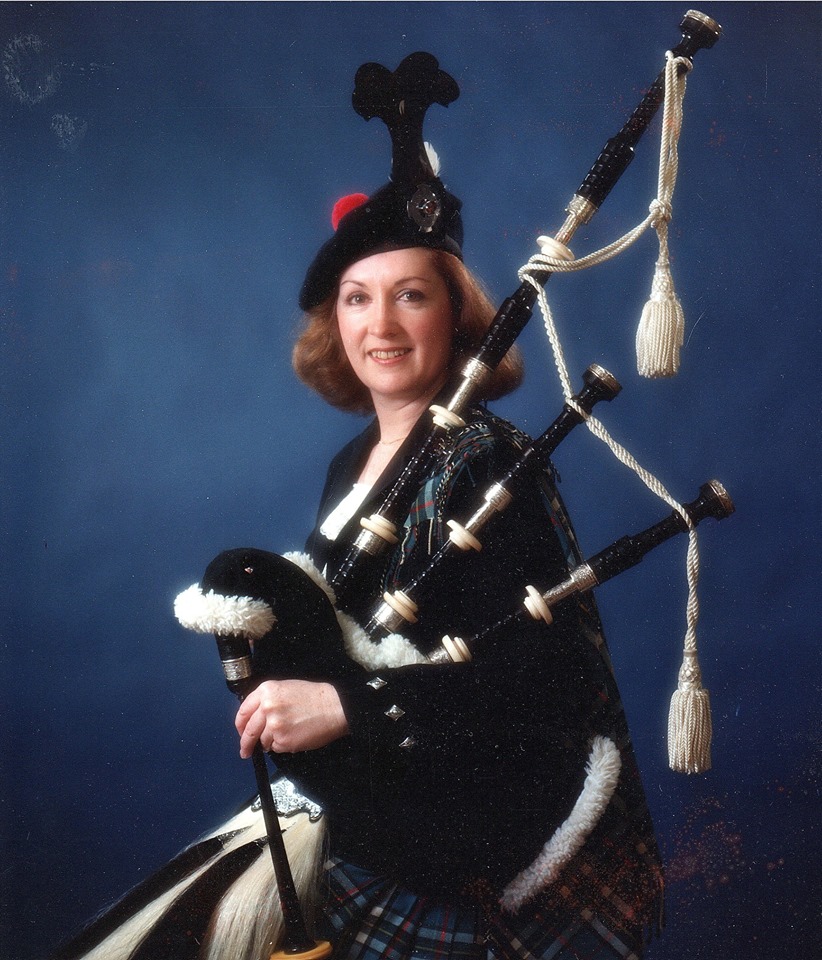 Nicholson, C.M, and the first female piper to win the BCPA MacCrimmon Memorial Cairn for Open Piobaireachd in 1964, passed away in Toronto on May 15, 2019.

Norma was a prolific prize winner in the Open grade in the 1960s and went on to win the Cairn in two more consecutive years (1965 and 1966). Her Cairn three-peat has been accomplished by only three other famous BCPA members (Bill Urquhart, Ed Esson, and Jack Lee). She is the only female piper to have won the Cairn multiple times.

She was Pipe Major of the Vancouver Ladies Pipe Band when the band captured the Grade 4 European Pipe Band Championship in 1964. In 1966, she married Powell River born jazz musician Don Thompson who in 1987 wrote the bagpipe suite “Journey to Skye” made famous by the 78th Fraser Highlanders on their “Live In Ireland” recording. Don Thompson became a three-time Juno Award winner and in 2010 was inducted as an Officer of the Order of Canada.

Norma’s remarkable life across a spectrum of music, dance, and travel is an inspirational story for every young female piper and drummer.

Her niece Elouise Roane provided the following tribute to Norma on her Facebook page, the content and some pictures of which have been excerpted here.

BCPA extends its sincere condolences to Don Thompson and the extended Nicholson family on the passing of an amazing lady.