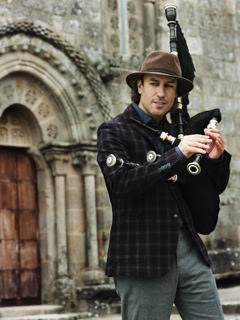 “Pipe music as if played by a Coltrane or a Hendrix.” – THE GUARDIAN, UK

Fusing music from his native Northern Spain with that of Scotland, Ireland, Brittany and beyond, with his hot band. PREPARE TO BE MOVED. Get your tickets now!

For further information, go to www.celtfest.ca