A celebration of the life of Jimmy Wilson will be held on Saturday October 15 at 10 am at Valley View Memorial Funeral Home and Cemetery, 14644 72nd Ave, Surrey, BC, V3S 2E7

His obituary is located here.
http://www.legacy.com/obituaries/vancouversun/obituary.aspx?n=james-wilson&pid=181700066&fhid=5867

Pipers and drummers are encouraged to bring their instruments to play as a massed band to conclude the celebration.

BCPA Life Member and respected piping teacher Jimmy Wilson passed away on the morning of September 23, 2016 at age 93.

He was born in Dunblane, Scotland, took up the pipes at age 23, and immigrated to Canada in 1953. 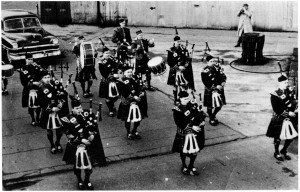 He played in the competition Crawford Pipe Band under P/M Ron Foreman in the late 1950s as well as several other community pipe bands in the 1950s and 60s.

However, it was in 1969 when he started instructing the Richmond Boys Pipe Band that his greatest contributions to piping began. 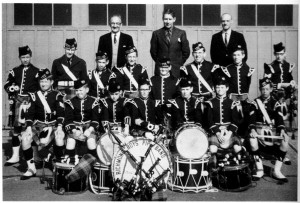 He taught hundreds of students over decades at his home on Chelsea Road in Richmond, mainly through the Richmond Pipe Bands he ran. 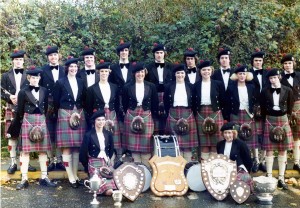 In 1977 when the Richmond Pipe Band under his student P/M Bruce McIntosh placed 4th at the World and Cowal Championships in Grade 3, almost all its pipers were taught or started by Jimmy.

It was through his dedicated foundational teaching efforts that many players rose to become world champions in the Simon Fraser University and Robert Malcolm Memorial pipe bands. 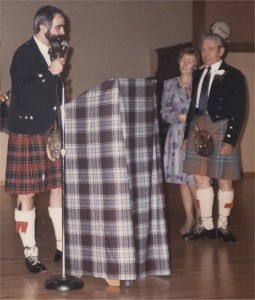 Jimmy Wilson being made a BCPA Life Member by BCPA President Angus Macpherson, 1986

For his tremendous service to the teaching of piping, Jimmy was made a BCPA Life Member in 1986.

Pipe bands continued in his family, with his son Alan winning the 1976 Grade 2 Cowal Championship with the CP Air Pipe Band and his grand-daughter Michelle being the first bass drummer for the Robert Malcolm Memorial Pipe Band in 1994. 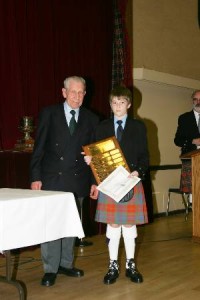 Jimmy also served on the BCPA Board of Directors and was a judge at BCPA competitions.

Jimmy exemplified the dedication to teaching piping that has so enriched the piping community in BC. The spirit of his life work in the development of pipers and youth bands will long be remembered.