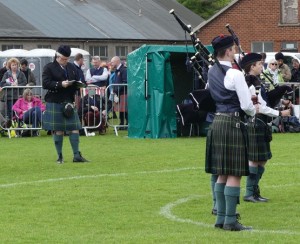 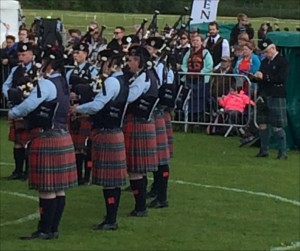 BCPA is grateful to Stuart Letford, Editor of The Piping Times and PM David Hilder of the Dowco Triumph Street Pipe Band for providing pictures of Terry in action on this historic occasion.