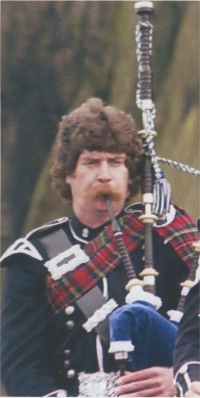 Robert J. (Bob) MacDonald passed away on October 2, 2015 in the Chilliwack Hospital.

He also had a very successful solo career and was asked during one of Pipe Major (Wee) Donald MacLeod’s visits to Vancouver to study piping with Wee Donald in Scotland.

A gathering will be held at the Coquitlam Royal Canadian Legion Branch 263 (1025 Ridgeway Avenue) between 1:00 and 4:00 p.m. on November 14 to honour the memory of Bob. All friends and former bandmates are invited.