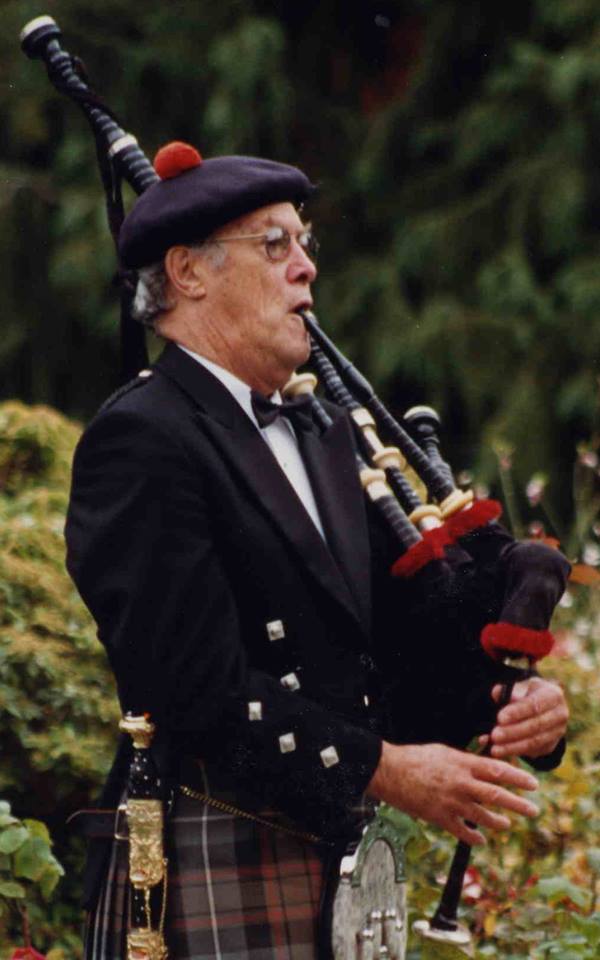 Colin MacRae Sr. was widely respected and admired for his influence on piping in the Northwest. The son of Alexander MacRae, founder of the Washington Scottish and the Seattle Pipe Bands, he started taking piping lessons in 1939 from Alistair MacMillan of Tacoma in the old style of Piobaireachd and was long strongly involved in the Northwest Scottish Society, appearing at most Washington Pipers’ Association events for years and supporting Scottish Culture everywhere he went. Colin followed in his father and brother’s footsteps and was the pipe major of the Washington Scottish Pipe Band from 1967 to 1969. He taught pipers in the area for many years and was known for teaching the musical traditions in his piping. He also passed down the tradition of piping and drumming to his children and grandchildren. His son, Colin MacRae, carried on the family tradition as the PM of the WaScots from 1978 to 2000.