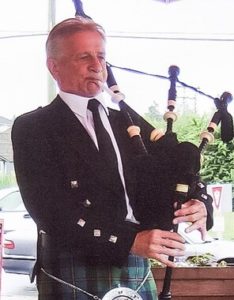 A Celebration of Life for Brian will be held on March 10 from 1 to 3 pm at the Ocean Promenade Conference Room, 15611 Marine Drive, East Beach, White Rock.

His obituary is published here. 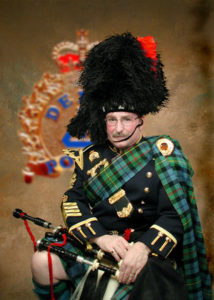 Dave Rutherford was a piper in the Seaforth Cadets and in late 1971 became the PM of the young Richmond CP Air Boys Pipe Band, which was instructed by Fred Brodie as a feeder band to the City of Port Moody Pipe Band.

Dave was a respected leader to the young teenagers of the band and led the band through its transition to co-ed status in 1973 when several players of the Burnaby Ladies Pipe Band joined.

Dave and Fred built up the player roster and calibre of the band to Grade 2 by the 1974 season, at the end of which he joined the Port Moody Pipe Band and subsequently Triumph Street Pipe Band.

He served as Pipe Major of the Delta Police Pipe Band from 2000 to 2001 and subsequently played with several other pipe bands.

Further details will be provided when known.