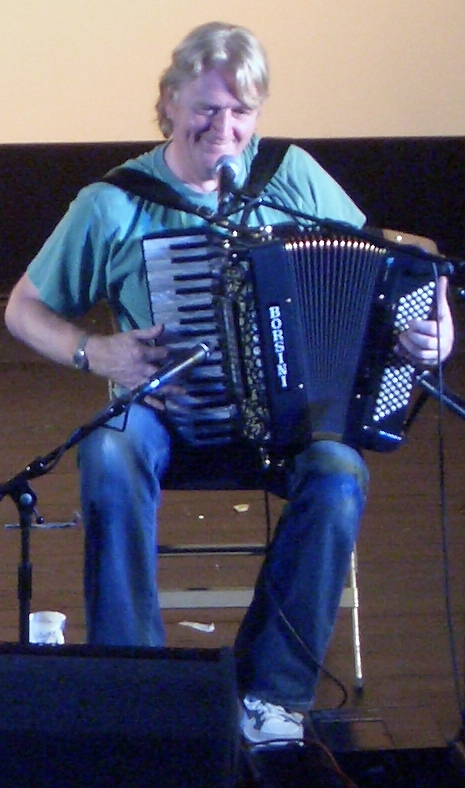 BCPA is pleased to welcome renowned Scottish folk musician Phil Cunningham and the New Zealand Youth Pipe Band to BC during the weeks of July 6 and 13.

Phil Cunningham is producing a BBC documentary “Pipe Dreams” and will be filming at the Piping Hot Summer Drummer School at Silver Star Resort in Vernon during the week of July 6.

Cunningham, a legend in Scottish folk music, is a brilliant accordionist, keyboarder and composer.  He is a winner of countless awards, including a Grammy, holder of a doctorate degree and member of the Order of the British Empire.

Many of his compositions have been transposed to pipes and performed by numerous pipers and pipe bands.

Further enhancing the international connection, the New Zealand Youth Pipe Band under the direction of prominent piper Martin Frewen is making its first trip to North America in mid-July.

BC has been very fortunate over the decades to have New Zealand pipe bands visit and perform, beginning with the Innes Tartan Pipe Band in 1972 and the Canterbury Caledonian Society Pipe Band in 1982.

The Simon Fraser University Pipe Band reciprocated in 2001 with a concert in Christchurch, New Zealand as part of its Antipodean tour..